﻿ Oral Argument: Sec. 301 Tariff Litigation, Billions at Stake
The Retail Litigation Center appeared alongside party counsel this week to argue before the Court of International Trade in In re Section 301 Cases v. United States (CIT Docket number 1:21-cv-00052), a landmark case challenging the legality of the Section 301 tariffs imposed by the prior administration on more than $300 billion worth of Chinese goods. At stake is whether U.S. Customs and Border Protection will have to return tens of billions of dollars in duties paid by retailers and other importers over the past couple of years.

In 2018, the Office of the U.S. Trade Representative (USTR) issued a report substantiating U.S. companies’ longstanding complaints about China’s failure to protect U.S. intellectual property and its practice of forcing U.S. companies to transfer technology in order to gain access to the Chinese market. The U.S. initially imposed duties on $50 billion worth of Chinese imports, the estimated harm of the unfair practices to the U.S. economy. China then retaliated kicking off a trade war. Despite overwhelming opposition demonstrated by U.S. businesses and industry groups, including comments filed by RILA and its members, USTR imposed a series of escalating tariffs (i.e., List 3 and 4) eventually covering the majority of Chinese imports.

In the fall of 2020, more than 6,500 importers, including many RILA members, filed cases in the Court of International Trade challenging the expanded tariffs imposed under List 3 and 4. At issue in the case is USTR’s authority under Section 301 of the 1974 Trade Act to impose the List 3 and 4 tariffs and whether its processes for doing so violated the procedural and consultation requirements of the Administrative Procedure Act and Trade Act. The RLC filed an amicus brief that explained USTR’s failure to meet the laws’ requirements to provide adequate time for affected industries to participate in the process and its failure to respond meaningfully to the comments filed. Indeed, at some points in the process, USTR only gave affected companies a few days’ notice for commenting and USTR failed to respond meaningfully in the final rule to the almost 10,000 comments it did receive. The RLC’s amicus brief was joined by 6 other associations (NRF, AAFA, CTA, JPMA, FDRA and the Toy Association).

A three judge panel (Judges Mark Barnett, Claire Kelly and Jennifer Choe-Groves) heard oral argument, which lasted three hours! Department of Justice counsel represented USTR; Pratik Shah of Akin Gump represented plaintiffs; and the RLC-led amici coalition was represented by RLC Law Firm Member Joe Palmore of Morrison Foerster. In addition to the scope of USTR’s statutory authority and procedural compliance, the court heard arguments on the appropriate remedy (vacatur or remand). During oral argument, party counsel read from RILA’s comments to support the assertion that USTR had been put on notice that the proposed tariffs would cause significant harm to the U.S. economy and yet the agency failed to respond.

It is difficult to predict the outcome of a case based on the oral argument, but the judges seemed very concerned about potential procedural problems that were highlighted by the RLC’s amicus brief. One possibility is that the Court could find that USTR’s action imposing escalating 301 tariffs is consistent with the Trade Act but that the agency failed to meet the required procedural safeguards under the APA for meaningful stakeholder engagement and reasoned decision making. There is no deadline for the CIT to issue its decision. Ultimately, whatever the judges decide, the matter is likely to be appealed to the Court of Appeals for the Federal Circuit and potentially up to the Supreme Court. We are following this issue closely and will provide updates on any developments. 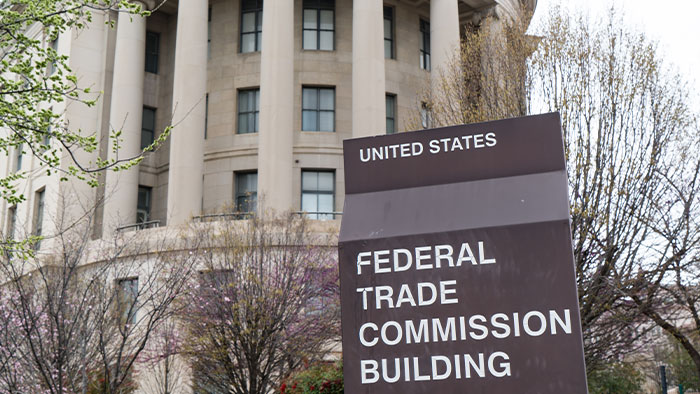 USTR Must Respond to Industry Concerns on 301 Tariffs